Cross-processing was once the mainstay of edgy fashion magazines, and the xpro look lives on – not only amongst Lomography devotees, but thanks to iPhone and Android apps which mimic the look.

Cross-processing simply means taking a film and developing it in the wrong chemicals – such as C-41 negative film developed in the E6 chemicals used to develop slide film, or vice versa. Negative film cross-processed usually creates dreamy, low-contrast shots, while cross-processed slide can create wild colour shifts and bold contrast. It’s not to everyone’s taste, but in the right situation it can look fantastic.

The Lomography craze is partly built on the xpro look – the rich, saturated colours were given extra depth and bite thanks to the vignetting, ‘tunnel vision’ lens of the original Lomo LC-A compact. Long exposure shots, especially those with light trails boasted rich colours and deep, deep blacks. Lomographers experimented with every slide film under the sun, as each emulsion had very different properties when cross-processed.

King of the xpro films was the original Agfa Precisa CT 100, a consumer slide film made by the German giant. A perfectly normal slide film when developed correctly, Precisa became an entirely different beast when cross-processed. Colours became lovely and saturated – especially blues, which gained a lovely, gritty depth. Unfortunately, Agfa discontinued the film in the mid-2000s. The best substitute – bold colours and jaw-dropping grain – was Kodak Elite Chrome 100. Unfortunately, this too bit the dust last year, the last of the Kodak slide films to go.

Aside from Lomography’s occasional limited runs of Xpro-branded slide films, the most reliable way to try cross-processing now is picking up Fuji slide film. The bad news? Being the only game in town now for slide devotees, the price is not exactly competitive. A roll of Provia 400x in 35mm, for instance, now costs £12. And Fuji’s films can look awful cross-processed, Velvia especially gaining a violent purple tint that does few photos any favour.

There is Agfa Precisa still available, but this is actually rolls of Fuji films that haven’t quite met quality control (though they’re perfectly fine to shoot with). The new Precisa has a tendency to go very, very green. It’s not a good look. If you manage to find old Precisa, check to see if it has a diamond logo rather than a dot; if it’s a diamond, it’s the real thing. Expiry dates of 2008 and earlier are also a good sign.

If you do happen to find some old slide film suited for cross-processing, and load it up into your Lomo, Diana or old SLR, what then?

Wait for the sun. Xpro film needs contrast, and you can’t get contrast when the sun is hiding behind the clouds. Instagram is awash with cloudy day digital xpro pics – and this tells you everything you need to know about what to expect. Load black and white instead and save it for a sunny day.

Go lo-fi. The fashion pros may have made their cross-process shots on Mamiya’s and Hasselblads, but they also had a pro lab to help tweak the process and bring the most out of the shot. Xpro often rewards less-than-Leica-grade lenses. The Lomo range of compacts – the latest being the Lomo LC-Wide – still bring out the best from cross-processing, as do the Diana and Holga range of toy cameras. My favourites so far, aside from my Lomos, are the Olympus XA and the Zenit 3M. The Olympus XA is not exactly a lo-fi camera – it’s a masterpiece of miniaturisation – but the lens does tend to vignette, and this can look fantastic. The Zenit 3M’s old lenses don’t have modern multi-coatings, but I’ve been impressed by the grit and grain that comes from cross-processed films put through this old SLR. 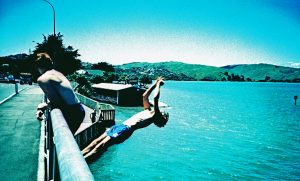 Light is your friend. If you’re shooting xpro indoors, make the most of the available lighting. I’ve got some nice results shooting bands with cross-processed slide – the results aren’t subtle, but for energetic moments it can look great. Xpro suits the boldest light – dancefloors and clubs, bars with beautifully lit backdrops for instance. I’m not a massive fan of flash, but Flickr and Lomography are full of eye-catching pics taken with flash and cross-processed slide.

Think in colour. When you’re shooting, look for bright colours and contrast. If the colours are there in the first place, it’ll make a much bolder shot. 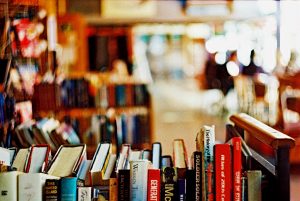 Scan in the lab. It might cost you more, but Xpro is the one time you want to get the lab to scan. Hours of trying – and mostly failing – to get the most out of my scans has made me realise that classic Lomo look comes, 99% of the time, from the lab’s own scanning equipment. I’m lucky enough that living in London means access to a bunch of decent labs. The Lomography scans are great, but I can also wholeheartedly recommend West End Cameras on Tottenham Court Road. They really know what they’re doing. But don’t be afraid to ask your local lab – and stick with them if they give you good results. 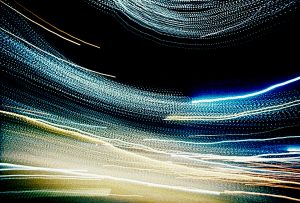 You could do a lot worse than to check out the work of two UK photographers who are master of the art – Toby Mason and Kevin Meredith. Kev, or LomoKev, is very well known to the Lomo community – he’s produced a couple of excellent books using a lot of xpro shots, while Toby’s Lomo/Elite Chrome pics from Brighton and London are very rarely anything less than fantastic.

As for the future? Lomography must be planning something. As slide film disappears one by one, this is the perfect opportunity for them to bring back an old emulsion or two. So many photographers will come to Lomo way seeking to recreate that classic look – they’re missing a trick if they don’t keep it alive for the next generation.

More of my xpro pics can be found here.

Cool, thanks for the info, I was planning on picking up C-41 development for the purpose of cross processing but I see your point regarding the scanning.

Hoshisato2013: Glad you got something useful out of it. I often find the lab scanners do a much better job of cross-processing than I could hope to do at home. I enjoy scanning and would certainly keep doing it with black and white, slides and colour neg, but xpro, it just makes sense to stick with the labs. Thanks for commenting.

Very interesting, and also helpfull. So when you load your camera with 100 ISO slide film with the intention of cross processing it, do you shoot the film as 100 ISO or 50 ISO? and then do you develop it as 100 ISO?
I tried agfa precisa with a mini diana then home developed it and scanner quth lomography lomoscanner and it was a complete dissaster I might as well had binned the film (dissaster here http://dianax35mm.tumblr.com/post/56372974511/scanned-with-lomographys-lomoscanner)